Failure is not permanent, in fact to be Successful it is highly likely you will fail over and over again until you finally reach some level of success.

There’s a common myth that successful people or famous stars are perfect. That everything came to them seamlessly and the sheer thought of them failing at any point seems ridiculous to some people. The truth is that nobody is perfect, of course your heroes failed several times along the way to get to where they are! Everybody makes mistakes and everybody has some insecurities of some form, even the best of the best.

Successful people actually make more mistakes than the unsuccessful … because they are willing to try things out! They are willing to fail many times, if that’s what it takes, so they can find a way that works. They are willing to consistently work hard on their craft, whatever that may be, and continually practice / research and work on themselves. It is call dedication to the cause.

You will rarely get to see the multiple early failings they had to endure but rest assured they will have spent countless painful hours failing and failing again until things started to go right.

We now live in a fast moving world where so many feel entitled to instant success:

The unsuccessful will most likely not make mistakes because they are too scared or too lazy to try something new. Some even convinced that they must be perfect in order to try at all but to be a success you have to be ready to fail many times along the way.

You have to be willing to take some hits but be prepared to carry on regardless. That level of persistence is an essential ingredient to becoming a successful person.

So I urge you to fail. Fail time and time again if you have to. It means you are trying. Know that failing and taking chances is all part of the journey. Know that you don’t need to be perfect, nobody is no matter what you tell yourself.

Free yourself from the pressure you put on yourself and go out there and give it a go!

Thanks for reading. If you have any feedback or comments I’d love to hear them.

Follow our blog at www.BestYouProject.com or find us on social media as below:

Why not join our journey and go after the Best You possible?

One thought on “Failure is not Permanent” 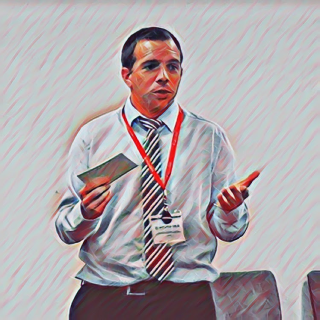 Find Me on Social Media